Perspectives: Growing up poor and the HEA

Hi, everyone! Audra here. Today is Charlotte’s day to post, but we decided to do a joint thing because of a conversation we had last week on Twitter about growing up poor and how that influenced the way we create and consume romance stories. We got together shortly after that convo and decided to turn it into a post in which each of us offers our perspective on this topic. So…since this is a longer post, I’m gonna keep this intro short and just jump right in! 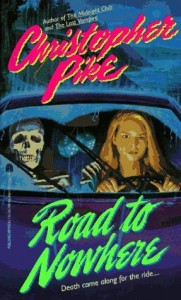 The thing is about growing up poor—I never knew we were until much later. Even when Audra started talking about it, my first instinct was to think: did I really have it that bad? We were very loved and my grandparents did a lot for us so maybe not right? But then as we carried on chatting I realized the same thing I always do. The same thing I see when I look at old pictures of us. Those pictures look like something out of This Is England. I had five years being raised by a single Mother (after being abandoned by our alcoholic Father) who sometimes had to walk ten miles with us to get us food, and then another ten living in the worst area in Leeds. Riots happened a minute from where we lived. Our school was voted worst in the county and briefly closed down. Both my early schools are now gone.

I was pretty much the only kid who read books, and though I didn’t understand that we had nothing I did understand that. It’s the reason I don’t hold “being weird” in as high estimation as some people do.There is nothing fun and special about being bookish in a world where everyone is struggling to get by. Nor is there anything fun about being the only girl who grew up poor at college and university—because I was that too. Nearly every friend I managed to make had a beginning rife with grammar schools and Latin lessons and private tutors. Most of them took Shakespeare for granted.

I was the only one listening during that semester. The only one with no sense of style or grace: because here’s the other thing you don’t often hear about being poor, and particularly in fiction. You don’t know how to dress because you were always dressed in whatever there was. And if you’re a fat girl, you get double the bad luck there. Fat girl clothes were twice as expensive and twice as unpleasant when I grew up. I spent years in stretchy cycling shorts and cheap t-shirts, and even after I slimmed to a size twelve we just couldn’t afford the type of thing other girls wore.

I distinctly remember one of my very best frenemies almost constantly shaming me about “designer” labels. Of course looking back now I completely understand that her labels weren’t really designer at all. She wasn’t strolling around school in Prada. She thought Calvin Klein was the epitome of cool, and so did all of us because we could barely afford Top Shop. That was what being poor was: a different perspective and mindset. We weren’t dreaming of Gucci.

We were praying for half price high street.

I didn’t splurge at book stores the way I do now. I saved one pound a week pocket money to buy a single Christopher Pike title per month. And when one year I broke my arm and had relatives all randomly buy me books, I thought it was goddamn Christmas. I craved books. I cried when I found ten pence Enid Blyton at a car boot sale and my Dad said I could have as many as I wanted. It broke my heart that my school library was one shelf in a hallway.

So really, with all this in mind, is it any wonder that I love romance? I longed for the world romance heroines inhabited, far away from the unrelenting grey mundanity of being poor. Because that’s another thing no one tells you either: poverty is an endless series of dull moments. The glamorous flashes of drama that seem to happen in everyone else’s lives never happen in yours. You lose to the smallest and most pathetic of things. You stick out like a sore thumb—and not in a good way.

In a clumsy, little, embarrassing way.

So yeah, I love that romance HEA. I love the promise of it; I love writing that promise. My books are full of neuroses and panicked inner thought and realism, because that is what I know life to be. And they end happily, because that is what I always longed for. I want my heroines to have their brass ring, to finally belong, to have it not matter, because I know what it’s like to go without those things.

It makes you look back and think everything was fine.

Then cry, when you realize it wasn’t.
Audra says… 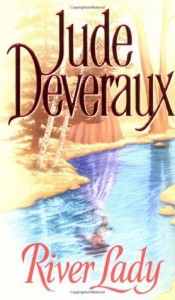 It all started with the underwear.

Doesn’t everything start with underwear?

A few days ago, I had to throw away a pair of old underwear. They were just too worn out. And somehow, my brain (in the way of brains) decided to reach back 15 years and remind me of Jude Deveraux’s River Lady. I knew I had liked that book, but at that moment—and even now— all I can remember from it is the underwear bit. Basically, the heroine, who grew up in poverty, wears these plain, serviceable dresses on a long wagon journey, yet has these super cute undies. While her rival, who wears silk and satin dresses, has hole-riddled, faded-grey drawers. Now, to be fair, at some point in between being massively, horribly poor and going on this agonizing Oregon Trail-type adventure, the heroine had been taken in by a wealthy family and given new clothes, so her having nice underwear was sort of believable.

But that memory, in turn, sparked a bunch of other memories about other romances in which poor heroines who are mad struggling for cash—like, fainting from fucking hunger—are somehow wearing nice, sexy underwear when the hero finally strips her clothes off.

And after all these random romance novel memories surfaced, I was like, I need to say something about this.

Until I was twelve years old, I was a poor kid. Not starving poor, but more often than not, food wasn’t easy to get. My dad had a low-level engineering job, because he lived in the weird in-between work of highly-educated-with-terrible-English. And my mom was a piano teacher. The money that kind of stuff brought in…well, it was enough to keep us alive and in tattered hand-me-downs, but it wasn’t enough to let us break through that bubble—that weird, malleable divide between poor and middle class that wraps around you no matter where you go and won’t let you out without some serious combat skills. When the lunch your parents packed isn’t enough because that’s all they could afford, and you start begging your friends to give you some of their lunch, they know. When you recycle the same two outfits, day in and day out, they know. The bubble is transparent, but still visible.

We ate huge quantities of white rice, convincing ourselves that it was healthy. But really—mostly—it was just cheap and filling. We often couldn’t afford milk or meat, but we could afford processed cheese, which is one of the reasons why I was overweight when until I was nine and the doctor told my mom to stop giving it to me. It’s not like my mom knew any better—she’d grown up poor, too, without access to the kind of information about health and hygiene that kids with money took for granted. I didn’t know that flossing my teeth was important because we couldn’t afford visits to the dentist, and we weren’t taught those things in school. None of us were beautiful, healthy, glowing-from-the-inside people despite our poverty. Poor romance heroines who do this are either extremely fortunate in their access to knowledge and foodstuffs…or irradiated.

And then there were the cultural differences. I mean, apart from being the child of an immigrant, which has its own set of issues. It’s the money-based culture that I mean here. I divided my peers at school into two groups: the girls who learned dance and the girls who learned to sew. I don’t know why I used this as the division when I was just a child, but somehow in my kid-mind, I already knew there was something different between girls who learned how to make their own clothes and girls in leotards and special shoes who plié’ed and tapped their way to something beautiful.

Anyway. So. Back to the underwear. My mom never had nice underwear. I know, because I used to do our laundry. I never did, either, when I was growing up. It was always ripped or the elastic was shot, or whatever. Just…not nice. I know my experience is not the defining “Poor Kid” experience. I know there are poor women who buy nice, sexy underwear because they want to feel pretty, and I’m not saying that’s wrong.

But what I’m getting at–what my point is about underwear and glowing good health and dancing skills, it’s that I hate when romance novels use things like a heroine’s nice underwear as a legitimation of femininity. I really hate it. Because that kind of stuff is wealthy femininity. We don’t need to justify a poor heroine’s poverty by giving her a rich woman’s femininity. That device is nothing more than a contrived way to make sure that the poor heroine’s femininity cannot be questioned.

But that’s crazy. Panties can’t make a woman break through that bubble. Dance lessons can’t do it. And in the end, trying to use these things as a way to do that—to put the heroine firmly on the other side of that visible transparency by, say, giving her a mysterious wealthy benefactor who saw her “true” femininity when she was young and paid for dance lessons—feels wrong. Because it is wrong. Because poor femininity is beautiful, too. It might not always be in flawless porcelain skin, but it is in the way that a poor woman can move just as gracefully in her two-for-a-dollar polyester panties as a rich woman can in La Perla. It is in the hard work of rough hands and the hugs that feel just as good for the love that they represent. It is in their sighs as they breathe and the stitches they sew.

It sucks to be poor. It sucks. It can be the worst of all that is lonely, in so many ways. But I will say: though I am grateful for the way things changed when I was twelve—when my mom got a job as an accountant after finishing school and our world improved considerably—I refuse to believe that women are only allowed to be seen as worthy of love if they have rich lady panties.

The underwear does not make the heroine.

12 Responses to Perspectives: Growing up poor and the HEA