It’s been a while since I wrote a really super-thinky wonkopost. I’ve been mentally calling this one “wonkowank,” actually, so no hard feelings if you bail out after the reading list.

What brought this about is that I’ve been reading women’s fiction. In the last few months, I’ve been on a binge. Here’s my list: 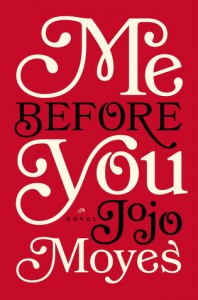 Mad About the Boy

I’ve been enjoying myself immensely, not least because the women in these books have been doing all sorts of things not “allowed” in romance. Their transgressions are wide ranging, including but not limited to (and in no particular order):

In my most recent read, the heroine (or anti-heroine) actually slept with a man other than her husband, got pregnant by him, broke up two close friendships in the process, and was still allowed to live (albeit provisionally) happily ever after.

Women in women’s fiction, in short, are allowed to make mistakes, to commit morally and ethically questionable acts, and sometimes—even often—to go on living what we would consider a happy life.

Not that all these questionable acts are celebrated. They often aren’t. They often bring loads of unhappiness on the perpetrators, or at least the feeling that punishment will come somewhere down the line. But they’re considered. They’re allowed to happen on the page so they can be examined, so their moral and ethical dimensions can be laid out and dissected and analyzed—if not explicitly, than through their narrative consequences.

Jayne Ann Krentz has been quoted many times talking about genre fiction as a transmitter of social values—in this argument, the reason heroines must be near-perfect, or at least deeply likable, in order to win their HEA, is that they are showing us how to live a good life. But I’m not sure this argument flies with me—first, because literature is constantly showing us how to live a good life through negative examples, and second, because I personally believe the universe of truly unforgivable acts is exceptionally small, and that the ones listed above—though troubling, are not among them, particularly if we consider motivation.

One way that we talk about the moral/ethical demands we place on romance heroines is to say that we expect them to be someone we could have as a best friend. But that just puts the question off; we still need to talk about what we demand from our friends. Do we tolerate no error-making in our girlfriends? Do you have one who has done something you don’t like or admire? Is she still your friend? Why or why not? If not, and if her transgression is the reason, are you certain you had the right to pass that judgment on her? Can we learn to read novels and withhold judgment so that we can explore some of the aspects of humanity that are a little darker, a little less perfect, than we might ideally like? Will this also make us kinder to ourselves? In many cases, might that not be a good thing?

A friend and I recently started texting each other when we feel guilty about our mothering. But instead of texting about what we feel we’ve done wrong, we’ve agreed to turn the wrong on its head. So I texted, “I’m a good mother, because in getting my daughter to her rehearsal nearly two hours late, I taught her important lessons about how to proceed when you realize you’ve made a mistake.” I’ve been finding this exercise remarkably uplifting, not only because it relieves some guilt, not only because it makes me realize how perfect I require myself to be—and how liberating it might be to stop—but also because it makes me realize that on the flip side of any mistake is the opportunity for grace, apology, contrition, and forgiveness.

It’s easy, when you’re writing romance, to get enfolded completely in its logic. After all, we often find ourselves eating, sleeping and breathing it—or at least exclusively reading, writing, and talking about it. The more you submerge yourself in a particular world of social norms, a moral microcosm, the more you internalize its peculiar rules. I find myself self-censoring madly while I’m writing: Oh, she can’t do that, readers won’t like that, oh, she’s being testy, she’s being self-righteous, she’s being weak, she’s being aggressive … And I’ve gotten more judgmental of myself the longer I’ve written romance because my idea of acceptable behavior has gotten hemmed in by this same self-censor. This isn’t what I want for myself, my readers, or my daughter—I want to read a version of the world that makes all of us more loving and less judgmental, not the opposite.

But beyond that, as a romance writer who sees so much good in the genre, I simply don’t want romance to cede to non-romance the right to look at men’s and women’s behavior critically and lovingly. After all, if romance isn’t about exploring all these aspects of love—forgiveness, grace, contrition, compassion—if it isn’t about asking—with intense curiosity and real openness—what love can accept, embrace, allow, even celebrate—what is it about?

Women’s fiction these days has given itself permission to ask those tough questions, and romance should too. Because romance has one huge advantage over women’s fiction when it comes to thoroughly exploring and answering them. In romance, we’re permitted to delve into the physical aspects of love, which gives us another dimension from which to explore the issues that surround romantic and marital relationships.

By the same token, I’ve noticed in the same books I’ve enjoyed so much for their openness to forgiveness a lack of sophistication in exploring the narrative logic of love. If you’ve ever heard Michael Hague talk about love, this might make sense to you. He argues that many writers—especially storytellers in non-romance genres—come up short in writing about love because they don’t satisfactorily answer the question of what makes one human fall in love with another. (He says they fall back on “who can say why two people fall in love?” or, worse, “chemistry” as answers.)

But most romance writers privilege this question; we give it the answer it deserves—that we fall for each other, at least in a narrative sense, because the other person sees the real us, an us we’ve previously regarded as too unacceptable—too unlikeable—to show the world. If we are unwilling, collectively, to write about what these unlikable aspects are, we are ceding yet more territory to women’s fiction, and setting romance back as a genre.

At a time when romance is finally getting a portion of the respect it has always deserved, we can ill afford to give up ground. Instead, we should make romance the territory where real, often difficult, questions about the nature and spaciousness and limits of love get answered.

7 Responses to Bring It, Sisters