A Love That Festers Through the Ages

So I’m posting today with a request of sorts, because I know if anyone can point me in the direction of what I’m after, it’s our hella smart and well-read Sisterhood of Wonk (a sisterwonk that includes the odd male, of course. The odder the better, says I.)

I’ve been thinking a lot about conflict lately. It’s hard not to in the States, what with the election brewing. On top of that propo-poopstorm, I’ve also been watching far too much cage fighting, so seething tension has become the theme of my autumn thus far.

I was listening to The Archers the other day—as I am wont to do because I’m incredibly cool—and during a rather heavy-handed scene in which Fallon and Rhys are rehearsing their lines as Beatrice and Benedick for the Ambridge Christmas panto, Lynda Snell sagely utters a quote that completely gelled the disjointed sentiments sloshing around my head of late.

“The opposite of love is not hate, it’s indifference.”
—Elie Wiesel

If you think about it, true and visceral hatred triggers many of the same physical reactions in our bodies as lust—a spike in the pulse, a knot in the guts, a shortness of breath, a heat that demands quenching. Only that quenching might take the form of violence, not sex. But those two acts share their own set of similarities, if your blood’s running hot enough.

It made me ponder all these fights I’ve been watching. In most cases, the men in the ring have had weeks or months to ruminate on their upcoming matches. When they really dislike the guy standing between them and a victory (which makes for the most exciting and indeed marketable bouts) that grudge can take on an obsessive, gnawing power not unlike an infatuation. And if it’s a rematch, with vengeance squirted like gasoline all over the fire? To hate a person with all the intensity and passion and yearning as you might desire a lover, and to spend months consumed by the anticipation of satisfying that need for a bodily confrontation… Yeah, I’m willing to bet there’s some truth to that rumor about fighters needing to fuck right after a match. And I don’t think it’s just the adrenaline. Fighting is intimate. Personal. One-on-one, staring into the eyes of person you’ve been waiting forever strip down and get physical with. It’s as primal as sex…except imagine only one of the lovers gets to orgasm.

And so all this pondering has me craving some good hate-love romances (or erotica).

I’m not talking a piddly grudge between the hero and heroine. Or a willful, hate-at-first-sight mutual annoyance. Not even like, “A man with a blond mustache raped my sister to death and so I can never trust this fair-haired, mustachioed scoundrel!” 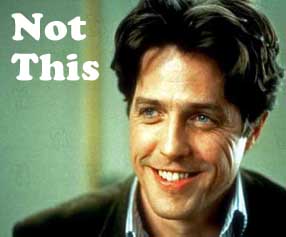 I’m talking full-on, ugly, burning-a-hole-in-your-guts hate. Not frenemies. Straight-up enemies. Like if this were a movie and a Hugh had to be cast as the hero, it wouldn’t be Hugh Grant. It’d be Hugh Jackman, and even then, only as Wolverine. 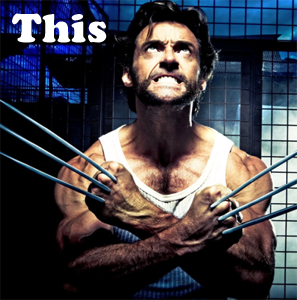 And the hero (or heroine) can’t just be a hate-worthy douchenozzle—he does need to be three-dimensional and well-motivated (if not wholly redeemable) and ultimately worthy of the heroine’s love; but before they fuck, they need to be seething mad at one another. Consumptive disgust, burning like the most maddening infatuation. Possibly deepened by a hunger for revenge, or a fueled by a rivalry with a prize at stake that both characters need equally badly. A hate that festers and festers until it’s throbbing and taut and venomous then finally lanced—only not by violence, but by sex.

So, recommendations? I don’t care about the subgenre or period, as long the hate is intense and believable and well-founded, and there’s explicit sex. Doesn’t have to be erotica-level in detail or thoroughness, but I do want a front-row seat to the hate-fucking when it finally goes down after all that resentment-as-foreplay. I don’t even need an HEA.

No matter much MMA I watch, the dudes never seem to wind up bloodily boning, despite my many letters to Dana White suggesting this as an alternative form of submission…possibly because the term “rear naked choke” is already taken. So lay ’em on me! This itch needs scratchin’.

10 Responses to A Love That Festers Through the Ages