Romance, Mystery, and the Blues

My husband is a blues musician. He plays piano and Hammond B3 organ. He was trained classically and as a teenager began playing jazz piano, but it wasn’t until he was an adult living in Iowa City and discovered a club called The Metro that he fell in love with blues. When he did, it had the hallmarks of good romance, that twin sense of both surprise and inevitability. Of course: This is what I’ve been waiting for. 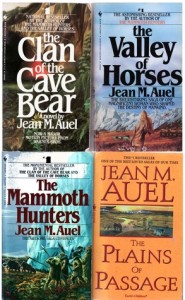 He comes by his addiction to mystery genetically: His mother is an addict and she plied him with paperbacks like a dealer offering teaser hits.

My love affair with romance follows a slightly different—but equally familiar path—it’s more of a reconciliation story. My first romance novels, like so many girls’, were Jean Auel’s Earth’s Children books. But soon after that, I discovered Harlequin romance and other books tucked and stashed in my mother’s and other mothers’ bookshelves. It was love, but our families were determined to keep us apart. When I told my novelist mother that I wanted to write romance when I grow up, she told me I couldn’t. I’d hate it, she said. (She was wrooooooooong, but that’s another story.)

College came between me and romance, too, asserting that only literary books were worth reading. So for years in my twenties and early thirties that’s what I read, and if I had a constant sense that I was missing the compelling reading experiences of late childhood and my teenage years, I told myself that that was just how it felt to grow out of Nancy Drew.

Finally a guardian angel of sorts told me to read Diana Gabaldon’s Outlander, and I realized that in point of fact, there was another way. And then—well, like every story of reconciliation, there was brow-beating and teeth-gnashing about lost years, and that sense of newness and familiarity … you know the tale.

As for the cheesy pop—I grew up in a classical household; my mother tolerated pop but my father scorned it and I didn’t listen to the radio ‘til I was thirteen. Maybe there was something special about coming into popular music 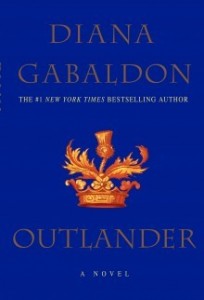 as a young teenager. Maybe I was primed to glom onto the music of the moment and never let it go. Or maybe you can view my entire taste in all art forms as one giant rebellion against my high-brow upbringing. (Or—and this is the most compelling theory as far as I’m concerned—I like cheesy pop music because so much of it is alpha male singers exhorting their innocent girlfriends to say yes to se—I mean love—you know, kinda like romance…)

For both my husband and me, the way we feel about our genres of choice is not one of those happy accidents—it’s part of who we are artistically. We are lovers of form. My husband also writes poetry, mostly poetry whose form is recognizable beneath the flourish.

The beauty of form is that it gives you structure to work within, and your challenge is to do something astonishing and surprising within that structure. In some ways it’s easiest to see this in the blues because it’s such a rigid form, a set, unvarying chord structure. And yet somehow the songs sound different—different beats, different singers, different voices, different styles, different lyrics, different vibes. Like romance, right? One story, but an infinity of variations, and some of the pleasure—if not all of the pleasure—is in the tug of the form on the story’s need to break free.

I love studying the wonky in romance because it’s all about asking the question of how far you can stretch the form before it breaks. At what point is it not a blues song, but something else? Would you be laughed off the stage at the Thursday night blues jam at your local club? Or applauded ‘til your ears rung? Is it romance that makes you laugh, makes you burn, makes you think? Or some Frankenstein that makes someone throw the book across the room? Have you played by some of the rules and broken the rest? And which are the rules that matter?

Without the form, there’s no innovation.

Besides romance, are you attracted to other strong forms? Sonnets? Mysteries? Blues or jazz? Classical music’s rigid structure? Do you find it easier to garden in a small, neat bed than—as I did before we moved cross-country—in a wide-open but not particularly well-defined yard fringed by ever-encroaching woods? How does following the rules work or not work for you in your life?

9 Responses to Romance, Mystery, and the Blues