Constraints and Freedom: The Wonky Appeal of Category Romance

People love to slag off romance, and they love to slag off category romance most of all. “Those books are all the same,” they’ll say. Forgettable. Trashy. Full of the same ol’, same ol’ recycled tropes, time after time.

But it was category romance that first pulled me into reading and writing romance, and as Serena Bell pointed out in a her post on Romance, Mystery, and the Blues, the very conventions of category romance — the structure that makes a Harlequin Blaze a Harlequin Blaze, or a Presents a Presents — provide a form that inspires endless variation. Form is a rich soil for innovation to bloom . . . and for writers to push at the boundaries of what is acceptable.

(On this note, Robin’s recent letter of opinion at Dear Author broke down form, formula, and genre in really interesting ways that I’m still thinking about.)

In the interest of exploring the territory of category romance, convention/constraint, and the freedom to be wonky, I’ve asked writers of category romance for Harlequin — all of whom also have written / are writing single-title books for New York-based publishers — some questions. Please welcome Maisey Yates, Molly O’Keefe, and Wonkomance’s own Meg Maguire (aka Cara McKenna) to Wonkomance!

Let’s begin with the limits — or lack thereof — in the category form. Do you find the form of category romance to be inherently limiting, liberating, or some of both? 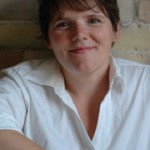 Molly O’Keefe: I think it’s a little of both, but in the best kind of way. The form and expectation of category romance allows the highest drama — which can be pretty wonky, really. Writing category allowed me to mix the realistic with the fantastic and the fairy tale. Basically, if it added conflict, I could write it. I had a lot of freedom in terms of plot, as long as it served the romance and the conflict.

The only pushback I ever got from readers was on my characters — I think there is a very recognizable archtype that readers want from category romances. Particularly heroines. 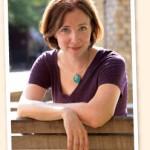 Meg Maguire: ‘Limiting’ isn’t quite the word, for me, either. ‘Challenging’ is more apt. So challenging, it took over a year and three rejected proposals to even sell my second Blaze! Category guidelines are far more nuanced than they appear, even to authors who’ve managed to sell a book.

Another restriction is that the hero and heroine (of which there is exactly one each and both are heterosexual) must be reasonably likeable, with palatable flaws, which I sometimes struggle with. Being a skeptical sort of gal, my heroines tend to skew toward being a bit hard and mouthy, so I have to make a conscious effort to soften them up.

The best part of writing category for me is that it’s a relief to work with guidelines and structure, after hammering away at an erotica project. There’s a security that comes with knowing, “Okay, I need to make sure I’ve got this, this, this, and this, and by the final couple chapters, I need to get to this point.” That can be comforting, especially if I’ve just finished an erotica that’s had me flapping around in the wind by my fingertips, with no conventions tethering me to a sense of certainty in the storytelling. 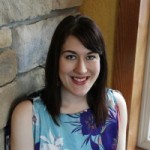 Maisey Yates: I actually find category freeing. What we have are ‘promises’ of the line, or what I consider to be anchors. The basic elements our readers count on to make a book that’s recognizable as being part of its particular line. Beyond that, we have the freedom to push so many boundaries, because those other boundaries are still in place. This gives us tons of freedom within the parameters set before us.

Category romance is so character driven, due in large part to the word count. So we might often work with familiar themes, but because it’s so character focused, each story should really feel different, because every character is different.

What have your experiences been with writing single-title as compared to category? Do you find single-title to be more open to wonkiness, or is it just as constrained by form, or more — and if so, are these the same forms, or do you have to adopt different forms moving from one publisher to another?

MM: My single-title romances are certainly wonkier than my Blazes, but I don’t believe that precludes the option to be wonky within a category. I think I just tend to play by the so-called rules with Blaze, because I’m still a fairly new author, and I haven’t yet earned the privilege of breaking major conventions—not until I’ve proven I can consistently deliver stories that meet reader expectations.

That said, I think all my books will naturally be somewhat wonky. I mean, look at Caught on Camera—my first category romance sale, which I wrote by trying desperately to create a textbook Blaze so I could get a gig writing for that line. But despite my best efforts, that book is a hot mess (though it seems to have worked, somehow), and it definitely isn’t the Blaziest of Blazes. It got called “different” left and right, which had never been my aim! Even when I try to color inside the lines, I wind up with crayon mashed in the carpet.

MY: For me, I’ve found [single-title] to be more limited in terms of wonk. But then, I’m writing small-town contemporary romances (with lots of sex), so wonk isn’t necessarily a reader expectation or desire. I’m sure someone writing paranormal or erotic would give a different answer. To be honest, in my opinion it’s really just as constrained as category romance. Not in general, but specifically, I’m writing a certain type of romance. Readers have expectations. I have freedom, but I have to keep with a certain brand. A brand that is, in this case, dependent on me, versus one Harlequin has created, but there is still a brand. 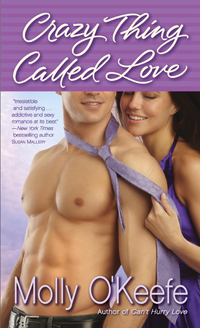 MOK: I think depends on what you consider wonky. The fairy-tale aspect of category romance is pretty wonky to me. On the other side of that though, I have been able to push every single possible envelope I could think of in terms of character and backstory with my single titles. Likeability can take a while to be created, or can take a backseat to interesting. I’ve had a lot of fun with that.

How do your editors at Harlequin respond when you take your stories in a risky or different direction? Do you get pushback or applause when you write something that makes you think, “Hmm, they might not go for this?”

MM: I actually had a call with my editor, Brenda Chin [of Harlequin Blaze], recently, on this very topic. Brenda is not shy about risk-taking. I asked if I could break a romance rule and let the heroine get hot and heavy with a guy who’s not the hero on-screen (after she’d already gotten hot and heavy with the hero). I really wanted this scene, to prove to the heroine that her dream date might have everything she thinks she wants, but if he can’t offer that passionate connection she had with the bad-idea hero, all his other selling points won’t count for shit.

Brenda suggested a compromise—sure, they can get hot and heavy, but stop short of third-base. Her rationale? The heroine, like any woman, should hesitate to get into some under-the-jeans action with a guy she isn’t feeling it with. So it wasn’t even the idea of the heroine getting on-stage sexual with two guys that gave her pause. She’s very open to risk-taking, as long as it aids the story.

MOK: I wrote a couple of books for Wanda Ottewell at Superromance that I thought, ‘there’s just no way she’ll say yes to this,’ and she totally did. I think the editors putting out six books a month have to look at the whole spectrum of what their line can deliver. There’s going to be some authors and some books that are right in the pocket and others that are going to work the fringe. I’ve always thought the smart editors try to keep that spectrum fairly wide, perhaps not deep out there on the fringe but they try to test the limits of that line.

MY: I have the best relationship with my editor, and she always, always on board with me pushing boundaries and being edgy. She’s pretty unhappy with me if I turn in something too expected, to be honest! If anything, she pushes me to take things a step further. 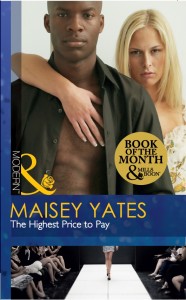 What about from readers? Do you find that your most successful category books are the ones that are riskier/different, or do readers seem to want the books that fall most squarely in their comfort zones?

MM: I can’t really speak to this one, only having one category romance released at the moment. I’ve got January, March, and August Blazes (and possibly a winter one, too) coming in 2013, so ask me again in a year and I may have an answer!

MOK: Superromance has been a line in flux for as long as I’ve written for them. They’ve had a few different cover redesigns and the word count was moving around so it’s hard to say what people were reacting too.

MY: I find that not all of my books are for everyone. Recently a reviewer said I was a “Dr Jekyll and Mr. Hyde.” I think it’s because I like to explore different themes. Sometimes shocking themes. I recently had a hero who was self-harming, and people seem to really love him. On the flip side, I have a hero who I consider much less edgy, a prince on the verge of a convenient engagement, who people have had an issue with as they consider his actions with the heroine to be infidelity. So, the long and the short is, no. Not everyone likes every book though, because not every crazy thing — or even non-crazy thing — is for everyone. And you can’t predict the problems people will have with a book either! The most virulent piece of hate mail I’ve ever had was over me having a 27-year-old virgin heroine. I write Presents! That’s pretty normal, and of all the things I’ve done, not something I thought would inspire vitriol.

One interesting note is I did have a very minimal amount of…eh…rude mail regarding my hero who was black. But I just got my royalty statement and that book is by far my bestselling book that hasn’t yet been released in the US. So even though I *heard* some negative feedback, it wasn’t reflected in sale. Ultimately, I think every risk is worth taking and every boundary worth testing, because it’s what makes any book, category or not, interesting.

Thanks for these thoughts, Meg, Molly, and Maisey. Such an interesting set of brains you have.

And now a question for the readers: do you read category? What do you see in those books, wonk-wise, and how does it resonate with what these authors are saying?

7 Responses to Constraints and Freedom: The Wonky Appeal of Category Romance