We Look the Same on the Inside: A Guest Post by Audra North

Today I have the privilege of welcoming back “friend of Wonk” Audra North back with a personal essay on race, reading, writing, and romance. Take it away, Audra!

I’m a mixed-race kid. A hapa, born in the late ‘70s, back when kids like me weren’t really a “thing.” Whatever that means. 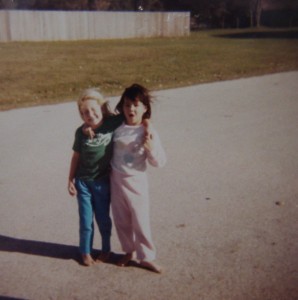 I got mistaken for pretty much everything, except what I was. Like…adopted. Or Puerto Rican. Or Korean, because, you know, we all look alike.[1] But it was all kind of fine, because I just assumed that everyone had all these cool different traditions in their family, just like I did, and it didn’t matter whether they gave hong bao on Chinese New Year and ate Grandma’s famous fried chicken on the Fourth of July, or if they opened presents on Christmas Eve with one side of the family but opened them on Christmas Day with another.

My first serious boyfriend was African-American, the son of Kenyan Muslim immigrants. It didn’t occur to me that this was a “Problem.” Because you know what? It wasn’t. To us, to the people who were in it, it wasn’t a problem. For so long (until I was in college, really), I didn’t really think of myself as being Chinese, or being German. I just thought of myself as me, and equal, and capable of the same depth and degree of love as everyone else.

Having said that…lately, I’ve been thinking a lot more about what I read and write, and how single-culture so much of mainstream romance is.  I should clarify that I am not saying that multicultural romance doesn’t exist.  It does, and there are excellent works out there. Just not in the same proportion to the number of mixed relationships I see around me.

The funny thing is, I didn’t actually notice this imbalance for a long time, precisely because I never thought that much about what people looked like. The underlying love always looked the same to me, no matter what its outer packaging. So when I finally realized that I the demography of my life wasn’t actually represented in corresponding rates in mass-market romance, it was a surprise.[2]

And then I started wondering, why don’t more of these stories exist in the mainstream, when love supposedly looks the same inside of everyone? Had I been wrong about it looking the same? Or was it impossible to believe that “Other” romances didn’t belong, despite the melting-pot American culture that we were taught in middle school history to revere and uphold as the ideal Society? 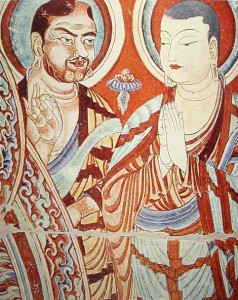 In the end, after I started reading with a new awareness, I felt like what was missing, for me, was romance about everyday multiculturalism. The kind that lets an Indian woman give love advice to her Venezuelan best friend over coffee. The kind that lets a blonde-haired, blue-eyed woman find the best kind of comfort at the end of a hard day at work in the arms of her Black husband. The kind in which no one is a billionaire (or even a mere millionaire), but works as a dental hygienist or an automotive engineer.

The kind that a reader can finish and think, That love looks like the love I give and receive. Those characters deserve all the happiness in the world for the good that they bring to it.

Of course, everyday multiculturalism is not just about race. Yes, often it is represented through skin color.  But in reality, it is about the diversity of all our lives, whether bringing together Black and white, or Irish and French, or a Kenyan-Muslim-American and a hapa in the rural South. It is about romance that reflects the entirety of our lives, which cannot be separated into individual parts.

SIDE NOTE: I get that culture, skin color, sexual orientation, and religion will inform the romantic choices that the characters make, and in that the story—the journey to love—will be different for every character. And readers might not like those choices. That’s okay. Not everyone has to like the same thing—this isn’t what I’m saying. But to deem it invalid…to cast every story featuring a lesbian or a Thai man or a devout Jew into the Bucket of Irrelevance borders on the insane.[3]

I am sure there will be people who read this and think, Oh, she’s hallucinating.  Overreacting.  There’s nothing wrong. There will be others who think, She’s not radical enough!  How dare she not blow things up the way they deserve to be blown up or cover every single possible objection in this one blog post?  And I know that there are so many others who will say this better than I ever could.  Who already have said it better. But my point is that we don’t all have to agree. I’m also not saying I’ve never experienced racism, that I didn’t feel excluded from certain things because of my looks, or that I was cast into a particular mold by others because my dad is a Scary Foreigner.[5] But what I am getting at is that we don’t all have to like the same thing. It is that we should not invalidate, dismiss, or shoot down and stomp on The Other.

Okay. End side note. Where was I? Oh, yeah. The entirety of our lives, and what really matters.

When I was nine years old, I fell in love with a boy named Fidencio when he defended me against fellow fifth-graders who were making fun of me for being younger and smaller than everyone else.  Fidencio was twelve years old, then, and understood what it meant to be the “wrong” age.  And then, I fell out of love with him three years later, when he said something sexual to me that destroyed my view of him as a savior, because I was twelve in the eighth grade and so self-conscious about still being a child amongst my adolescent peers and he was about to turn fifteen in the eighth grade and so self-conscious about being a man amongst his adolescent peers.  But the point is that I didn’t fall in love with him because of his accent or his lovely dark skin or his migrant worker parents. I fell in love with him because he made me feel like I mattered, and it was when he made me stop feeling that way that I fell out of that love.

I want the number of stories like this to grow to representative numbers in the mainstream (well, maybe not the falling out of love part, but the part about someone seeing you as a person who can give and receive love just like everyone else) about the kind of people I know.  The kind of people I am. I want more stories that reach beyond the stereotypes and show the internal workings of the clocks that measure our lives. That show that underneath everything else, our love looks the same.

If you’re interested in reading more examples “everyday multicultural” romance works, check out the following authors: Cecilia Tan, Serena Bell, Alisha Rai, Robin Covington, Heidi Belleau. This is just a short list off the top of my head, and I’d welcome other names and titles in the comments section—for everyone’s benefit!

Audra North fell in love with romance at age thirteen and spent the next twenty years reading as many romance novels as she could.  Even now, after having read over one thousand romance novels, Audra still can’t resist the lure of a happily ever after, and her collection continues to grow.  She lives near Boston with her husband, three young children, and a lot of books.  Her debut contemporary novella, STRANDED IN SANTIAGO, releases in Autumn 2013 from Entangled Publishing.  Visit her website at audranorth.com or find her (way too frequently) on Twitter @AudraNorth.

[1] I’ve heard that some people actually believe this.

[2] And by “surprise,” I mean “disappointment.” But also actually a surprise.

[3] I’m no longer sure whether I’m talking about romance novels or real life. Hmm…

[4] Unless you have a strong stomach and/or are trying to practice your skills of forgiveness.

[5] My dad is one of the least scary people, ever.

This entry was posted in Guest Post, Writing Wonkomance. Bookmark the permalink.

14 Responses to We Look the Same on the Inside: A Guest Post by Audra North