Posted on January 7, 2014 by Delphine Dryden

Welcome back from the winter holiday! Today’s post will be short-ish, because I only have one goal here: to heartily recommend the work of Dr. Lindsey Doe, host of Sexplanations. 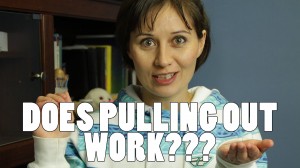 If you’re already a fan, you’ll know why there’s so much to like about Dr. Doe. If you’re not, just…go. Watch. Read. Fall in love a little. Because this woman is not only fiercely smart, committed to her cause (educating people about sexuality in a healthy, accessible way), and brilliant at using social media to further her aims…she’s also freakin’ adorable in the geekiest way possible, and y’all know I’m a sucker for that.

Aside from great information that any writer who describes sex can use, what I always get from Dr. Doe is a sense of great passion and enthusiasm for her topic. She really, really wants you to know about this stuff. She wants you to enjoy this stuff. She wants you to become okay with enjoying this stuff. Sometimes she’ll start a video by explaining why she held off on addressing that topic, and how she realized she was talking herself out of doing it, so you know she has inhibitions like we all do. But once she gets into discussing the subject, she is deliciously out there about it, and it is awesome. 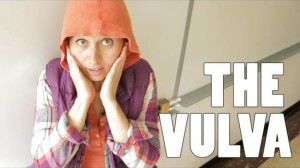 I think we all feel like talking about sex can be a risk-laden endeavor. The information doesn’t tend to be out there, or at least not in a friendly, informative, non-porn format. We’re never quite sure if some people are safe sounding boards for our questions. When we do talk about it we’re aware it may come with a risk of being shamed or dismissed. So too often it stays in our heads, and festers. Then we get issues. Talking about it is so much better.

Romance writers (at least those of us who “leave the bedroom door open”) have kind of an edge in this area, because we can talk to each other about our characters’ various situations, and that can and often does lead to sharing personal anecdotes. But sometimes we’re stuck with our bafflement just like everybody else, thinking, Am I supposed to be doing a thing here? I am the only one who…? What the hell was THAT and should I be concerned or thrilled? Sex is wonderful, but it is messy and imperfect, and for most of us that translates to “potentially hugely embarrassing.” Dr. Doe acknowledges that feeling but then moves right on past it to the stuff you should know, presented in a way that is as informative as it is hilarious. 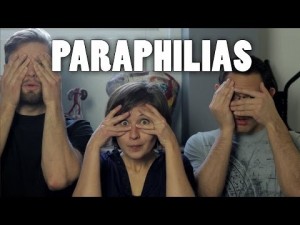 Okay, don’t let it fester. What topics would you like to see addressed on Sexplanations? Maybe we can lure her into Romancelandia for a chat… (Check the videos out before you comment, she has already covered a LOT of things).

By the way, Shari Slade said to leave this here: 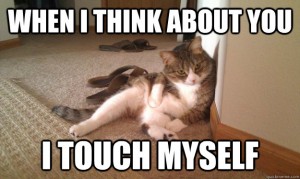 (Okay she actually said to use a Divinyls gif, but the only one I could find was sorta freaky so I went with the cat instead).

I first became aware of Dr. Doe via her Tumblr (probably because of Shari Slade, Tumblr goddess), but quickly glommed on to the Sexplanations YouTube channel. She also has a Facebook if that’s your thing. And she’s on Twitter.

Areas of wonkery: geek culture, kink/BDSM, science for those who are not mathematically inclined, educational psychology. Read more >
View all posts by Delphine Dryden →
This entry was posted in Life & Wonk, Talking Wonkomance, Thinky, Writing Wonkomance. Bookmark the permalink.

6 Responses to Let’s talk about Sexplanations