Orienting Myself: Love and Lust and Liking

I have had the great good fortune to participate in Queer Romance Month, with a post about writing queer romance and parenting. I often learn something about myself when writing blog posts, but with QRM I’ve had the privilege of learning many, many things from reading other writers’ contributions too. JP Kenwood’s post about masculinity and gay sex in ancient Rome was fascinating, as was Thorny Sterling’s about gender fluidity and Lilia Ford’s about the subversive nature of being a historical outsider in publishing. G.B. Gordon’s post, Love Is Love, reminded me that even blog posts can be beautiful and poetic.

I’ve read posts about the word queer, about bi-erasure, about being the small voice that says “I support gay rights” when an acquaintance makes a casual slur. Many fascinating voices, many thoughtful perspectives.

I’ve been left with some additional thoughts though, and conveniently enough, a Wonko post in which to deposit them. 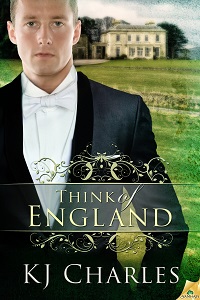 Alexis Hall (who conceived of and organized Queer Romance Month, for which I throw grateful hugs and kisses his way) wrote an excellent QRM guest post for The Book Pushers, most of which is an explication of exactly what makes KJ Charles’ Edwardian romance, Think of England, such a brilliant read. The post, Queer Is Intimate, begins, though, with an interesting look at how—whether due to the historical criminalization of homosexuality or to our own human patterns of hitting puberty and getting excited about having sex before a more mature excitement about having love sets in—what we end up with is “a preliminary understanding of sexual identity that is largely defined by sex acts.” So being gay or lesbian or bisexual is more generally defined by who you’re fucking than by with whom you experience the less dramatic day-to-day moments of love.

If you have a few minutes, you should go read that post. It’s worth it. I’ll wait. It gave me many thoughts, and while you’re reading, I’ll attempt to put them in order.

Okay, right. I’ll try not to make a hash of this. First, Queer is Intimate reminded me of one of my favorite books of all time, A.S. Byatt’s Possession. Possession is the story of two couples, the first a pair of Victorian poets who fall in love while both being involved with other people, and the second being the two contemporary literary scholars who discover hints of the Victorian poets’ relationship in their letters and poetry, and go on the hunt to track down concrete evidence of it, while also developing an intimacy of their own. 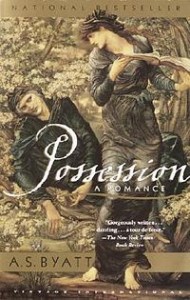 One of the most fascinating parts of the book to me was the depiction of the Victorian poet Christabel LaMotte, who is happily ensconced in domestic harmony with a woman painter when she meets Randolph Ash, a much more well-known (in the story) poet of their time. The two poets develop an intense intellectual connection before finally meeting in person and finding they have an irresistible physical attraction to each other also. They are both, however, effectively married. Ash, to a woman who he loves and who loves him, but who denied him consummation of their marriage. LaMotte, to Blanche Glover, a painter, with whom she has been living in quiet happiness, retired generally from society, in what is an implied lesbian relationship.

From the point of view of queer romance, Possession is a disappointment in that none of the queer relationships in the book have happy endings. (The book, although subtitled “A Romance,” most definitely means that in the scholarly sense of Romance with a capital R, and not romance with a happily ever after.) The current day literary scholar Maud Bailey, has had relationships with both men and women, although one gets the sense while reading Possession that Maud’s queer relationship was more of an intellectual exercise in feminist and lesbian theory than a mad passion or irresistible love. She finds happiness in the end with the very quiet and withdrawn Roland Mitchell, a less brilliant scholar than her with whom she can feel intimacy that doesn’t overwhelm her. (Mind you, if you’ve seen the movie, you will have an entirely different image of Roland Mitchell in your head, since he was played there by the very foxy and not at all retiring Aaron Eckhart.)

As for Christabel LaMotte, her quiet household is disrupted by the passion she finds in her brief affair with Ash, as a result of which Blanche Glover drowns herself. Ugh. Not a happy ending there. But Byatt’s book is not about Christabel and Blanche. That relationship is a side bar to the Victorian poets’ love affair and to the main mystery of the contemporary scholars’ race to discover the truth about this explosive (within their world) new research.

Still, what Alexis Hall’s post brought to mind was the idea, that lingered with me long after finishing Possession, that Christabel’s relationship with Blanche should be valued. Their quiet domesticity and emotional love, even with limited sexual connection (as hinted at in the book), is still queer romance and has equal worth in comparison to overpowering sexual and intellectual passion. In real life, that is. In a novel, not so much. It’s hard to make much of a story out of: “spends days writing and painting together, with occasional conversation but many soft, warm looks at each other.”

I read an excellent article a year or two ago (which I absolutely cannot find…my Google fu has failed me) about the idea of homo & hetero attraction (or somewhere in between the two on a spectrum) applying to a variety of relationships/orientations. So we all, under this theory, have multiple orientations. For sexual attraction. For emotional attraction, or love. For friendship. One person might have same sex attractions for sex and for love, but opposite sex attractions for friendship. Or be hetero for sex and love, but not have any friends of the opposite sex because the attraction there was toward the same sex. And of course, given the nature of the spectrum, most people will fall somewhere in between the extremes in all their relationships and attractions. But because of how we focus on sex as the defining characteristic of attraction, the definition of homo- and hetero- that we most commonly use focuses on sex to the exclusion of all else.

(In remembering Possession, which is not a romance novel, it’s clear that what Byatt is portraying are complicated characters whose various emotional, sexual, intellectual and friendship attractions range all over these spectrums.)

When it comes to romance novels, I think that this focus on sex works to our detriment sometimes. I am, to be clear, a big fan of erotic romance and erotica, and I have deep appreciation for books that make me flush and look over my shoulder when reading in public, in the hopes that no one will suspect why my cheeks are turning pink. I find the intimacy and vulnerability of sex intensely fascinating. But the books that I love, the books that stick with me long after I’ve finished reading them, are the ones that dive deep into the emotional connection between the characters. So I think it’s worth acknowledging that emotional orientation is something different from sexual orientation. And that there’s a whole world of possibility for conflict in the idea that emotional and sexual orientations might not always be an exact match. Several authors I know have been discussing in recent months their interest in writing romances involving asexual characters, and exploring the idea of love and romance with someone who doesn’t experience sexual attraction. This is a fascinating idea to me and I hope they write these books. I’ll be ready to *one-click* in a heartbeat!

Some of the most interesting queer romance books I’ve read recently have been Heidi Belleau’s Rear Entrance Video series. Between the gender presentation fluidity she explores in Wallflower and the rather difficult to describe orientation of the straight guy who ends up in a relationship with a bisexual man in Straight Shooter, I’ve enjoyed reading stories that push my boundaries when it comes to imagining who can develop what kind of attraction to or relationship with unexpected partners.

The other reason I’ve been thinking about these spectrums of attraction is because my QRM post about parenting was referred to as an example of being a good ally. Which is lovely, but also discomfiting. Because I often think of myself as being part of the queer community. But not always.

I spent most of my life assuming that at some point I would end up in a relationship with a woman. It seemed impossible that that wouldn’t happen, since I am as likely to walk into a party or other social gathering and be as attracted to a woman as to a man. But the bottom line seems to be that I’m not actually as queer as I think I am. I think, to refer back to the homo/hetero article, that I hit pretty close to the bisexual center of the sexual and friendship scales, but it seems that my emotional/love orientation is more strongly hetero than I imagined. I’m still open to the possibilities, but I’m also forty-two years old. It’s rather difficult to imagine that non-hetero love is going to pop up out of the blue now. (Note to universe: feel free to bring it on though. I’m just saying.) When I read Alexis’ post about romance being about more than the sex, I nodded my head and thought, “That’s what’s missing with women.”

So I’m left with this odd feeling. Because it doesn’t seem like I can call myself queer if I’ve never had a same sex attraction on the friendship or the sexual end of things turn into love. But I also don’t think of myself as a straight woman who’s trying to be a good ally. I wrote a character in my first queer romance, Off Campus, who tells someone, “No one gets to define your sexual identity but you.” I am lacking definition for myself, which is an odd place to be at this age, and I’m trying to get comfortable with the idea that I might never figure this out exactly and that’s okay. In the meantime, I would love to read more stories about people whose sexual and love orientations create complexity in their relationships. Because orientation is about more than sex, and romance in all of its varieties fascinates me.

8 Responses to Orienting Myself: Love and Lust and Liking