Lusty Weevils and Brain Genitals: The Strengths and Pitfalls of First Person

Most romance is written from the third-person point of view, but Team Wonkomance has collectively written a whop-load of first-person stories. Amber Lin, in her post First-Person POVs Have More Fun, touched on her own feelings about reading and writing in first person, and all the Wonkettes except for me have or will soon have published first-person stories.

So I thought I’d do a “Wonko-Weigh-In” and check in with Wonkomance bloggers about why and when they write in first-person, whether there’s a relationship between first-person and wonkiness, and if so, what it is. 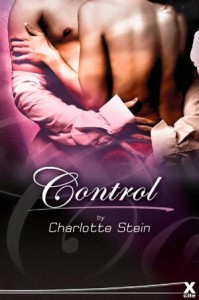 What makes you decide to write something first person? Are some narrators (or sub-genres) better suited for it?

Charlotte Stein: To be honest, first person is my natural, default state. It’s more often that I’ll decide to write something in third person, then think, “Ah, yes, this would be better in first.” For me personally, all my narrators want to be first person.

Mary Ann Rivers: I approach a project from both an aural and visual perspective. Maybe because I’m a musician, maybe because I have synesthesia. I typically understand the scope of the project, what I want it to accomplish, who the characters are, what the primary emotional arc is—and some projects “look” and “sound” like first person. If I’m having trouble hearing it, I think more about the surrounding structure—general plot, characters, scope—then I usually hear it better.

Amber Lin: Oh man, I really wish I had something smart and scientific to say here. For me, a story has its own POV and even tense (present or past). It comes out in the early stages before I even feel completely comfortable with that character’s voice. If I try to force it into a different POV, I can keep it up for a while but when I get into a flow (a.k.a. the good words start coming) it slips back into its natural POV.

Cara McKenna: It’s never a conscious decision, actually. It’s just something I know, as I sit down and begin writing. In general, I seem to use first person when one protagonist’s journey is going to prove more dramatic than the other’s, coupled with a desire to keep the other character’s motives and thoughts shrouded. Also, when one character is especially neurotic, with a very strong voice of their own.

I’ve heard people (usually not writers) say that first person is “easier” or a “cop out.” What are your thoughts on that?

Charlotte Stein: Erm…LOL? First person is only easy if you think it begins and ends with one person blah blah blahing about themselves. I mean sure, it would be absolutely simple to write “I did this and I did that and I am orsum, the end.” But first person done right is eight hundred times more than that, and so difficult it often gives me an aneurysm. You have to not only get across the main character…you’ve got to get across every other character through their eyes. In fact, to me, good first person is when you don’t even focus directly on the main character. The main character is unaware of themselves, and they grow through someone else and their experiences.

Mary Ann Rivers: I think that if the POV is correct for the project, the writing will be as hard or as easy as the story demands. Regardless of POV, writing some stories is like dream flying and writing other stories is like driving a goddamned Conestoga wagon across the continental divide.

Amber Lin: Yes, I’ve heard that and never really understood how it being “easier” implies that it’s a “cop out.” We all do things to make our writing easier, from forming writing habits to outlining to finding our unique voice—whatever. That would be like me giving an author a hard time because his books follow the three-act structure. You dirty cheat! Well, it is easier to use the three-act structure… it also leads to a better book. 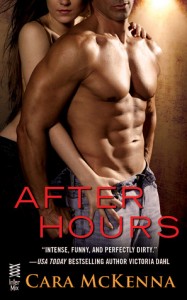 What do you lose from a story when you choose first person? What do you gain?

Cara McKenna: You lose the ability to “out” the other character’s deepest feelings, short of a soul-bearing hunk of dialogue (which done wrong just becomes a verbal info-dump.) And even if a hero’s spilling his guts in dialogue, there’s no guarantee he’s not lying, or holding something deeper back.

One thing you gain is the ability to have an unreliable narrator, which is great fun. My first-person narrators don’t lie to the reader, but they often lie to themselves, or at least delude themselves (as we humans all do), justifying reckless, self-serving decisions in real time (think Robin, from Ruin Me.) It means the reader’s stuck sitting there occasionally thinking, “What is wrong with you, dummy?!” But I kind of enjoy that.

Amber Lin: A great example of a thoroughly unreliable but totally lovable narrator is the hero of J.L. Merrow’s Muscling Through, who… is of low intelligence. But so awesome. We see everything happen through his eyes and form our own opinion about what is really happening. It’s ve 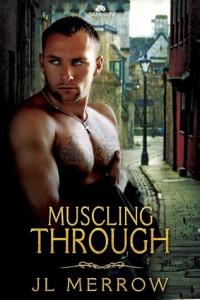 Does it feel different to write sex scenes in first than in third? How/why?

But aside from that, it doesn’t feel different, to me. Once I’m thousands of words into a book, I don’t actively think about the POV anymore. The sex is, in turns, as easy and difficult to write as it would be in third.

Mary Ann Rivers: There is an artificiality about ANY kind POV in a sex scene. Because what makes something hot to read is different than any kind of actual point of view during sex. I think the writer wants to find some balance between rubbing out the reader’s brain genitals and an authentic “sex voice,” regardless of POV. I’ve yawned my way through third POV that hits all the involved partners in a sex scene, where one sort of assumes the scene should be somehow hotter because you’ve got what everyone’s thinking and feeling, and I’ve made special bookmarks for scenes in some books that really limit the POV during the sex but have that balance going on.

Charlotte Stein: Because I think you have to like and agree with the narrator. You have to be right in their shoes and feel what they feel, and IMO that’s really hard for many people. It’s too close.

Cara McKenna: I think first feels wonkier in certain genres. It’s still relatively rare in romance, and romance is a genre that makes a lot of promises to its readers, so when one of those conventions is tweaked, it can feel funny, at first. But I think it’s becoming more and more common, possibly thanks to the recent popularity explosion of young adult (which features lots of first-person narration.)

That said, I suspect most readers adapt after a page or two, caught up in the story. It’s like watching a subtitled movie; it may feel cumbersome for a minute, but your brain quickly adjusts to the format.

Can you learn something from writing first person that helps your third-person writing?

Mary Ann Rivers: Mainly, I think my growth as a writer is most possible when I choose the best POV for every story I write, versus picking a POV like I might pick a lane through downtown Houston, hands clenched at 10 and 2, refusing to look to the right or left, lest I triple flip into a flaming explosion of something actually interesting. 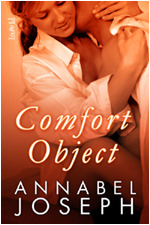 Cara McKenna: I’ll give you two authors, how about that? The two that immediately spring to mind for me, and from opposites shores of the romance pond, are Kristan Higgins and Charlotte Stein. Two masters of first person, yet two completely different reading experiences.

Mary Ann Rivers: Tess Gallagher, the poet, in her book Moon Crossing Bridge, wrote a long sequence of first person poems about the death of her husband, the incomparable Raymond Carver. Those poems lay me out. They’re almost hard to listen to, her grief, except that the grief is processed through the beauty of the poem, the craft of it. Those poems should be impossible, but they’re not. She made them. Saw them, heard them, made them. My husband, in his collection of short stories has a story from the first-person POV of a man with severe aphasia who’s fallen in love with one of those people who sit in redwood trees to save them from loggers. That story should be IMPOSSIBLE but it’s sexy and romantic and sold his book and what he gets asked about the most, years later.

13 Responses to Lusty Weevils and Brain Genitals: The Strengths and Pitfalls of First Person