Finalizing line edits on a manuscript of mine about a musician recently, I thought of my first, serious studio music lessons with my cello professor. I started with him when I was twelve, after three years working with one of his students. I ended lessons with him when I was eighteen, not long before he died at eighty-seven. I studied with other cello professors in college, but what I learned in those studios was much more about music than myself.

He lived in a massive, early Victorian on an older side street near a huge state university. His music studio was the lower level of the back wing – it had a separate entrance that opened onto a wraparound porch where I often waited, listening to the lesson before me finish, always nervous, always exhilarated, too. One fall evening when I was sixteen, the clarity and warmth of light from the setting sun through his persimmon trees, combined with the last few bars of a Bach concerto another student was perfecting behind the door, made me so uncomplicatedly happy that I felt that my entire life would be happy. I would live a happy life, with love and music and light.

I started the cello when I was eight, after a demonstration made at our school by the stringed instrument teacher and a local rental company. I had been taking piano lessons, which I adored, and my piano teacher had talked to the strings teacher to give me extra attention. I felt important, watching the strings teacher demonstrate all the instruments, and fascinated as the rental representative lifted each one from the velvet-lined cases. I wanted. I loved all the colors of the shiny woods, the latches on the cases, the small cakes of amber-y rosin. When they started pulling the cellos out, I loved how big they were, how unwieldy, how if I carried one down the street, into my school bus, onto a stage, there would be no question I knew some magic no one else knew.

The worst lesson I ever had with my professor was on a hot spring day, before a state competition. Months before, I had chosen, with terrible bravado, a difficult concerto movement, allegro, clogged with arpeggios. I had been determined to prove my technical prowess when what everyone agreed I had instead was a singular talent for expressive sound. After months of practice, my fingers only just knew what to do, and my brain partially froze every time I played it, braced for the moment I’d fumble and screech. I had nothing to express with this competition piece but fear held barely in check and several decibels of self-doubt.

His studio had been hotter than the weather, and the carved wood paneling and vast, red Turkish rug that were usually so cultured and cozy, just made the room seem hotter. Oppressive. Memorizing pieces had never been hard for me, so there were no music stands between me and his sharp blue eyes. As always, he was wearing a suit, seersucker, because it was May. 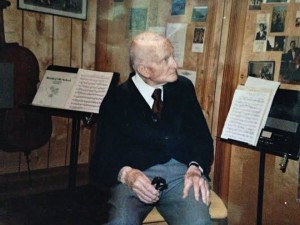 I didn’t want to. Hundreds and hundreds of hours in on a single movement, and that afternoon in his studio, I met my wall. I hated how the ribs on my cello were sticking to the insides of my bare legs, I hated the bite against the side of my thumb on the strings as I brought my hand past third position, I hated the smell of carpet dust and wood oil. I hated his metronome, an old German one with a huge brass pendulum that kept time with a thunk that was tightening the vessels in my brain. I was running the most difficult bars for him, over and over, and over and over, and half the time they were wrong.

I started imagining playing for the judges, who were always blank-faced and seemed to receive music like boulders received waves—unmoving. Stony. As soon as I did, I started making more mistakes. I had always struggled with stage fright, which I managed by preparation. Over preparation. This time, all the hours and practice didn’t prepare me. I started to cry, then the fear sluiced over me all at once, and I barely rested my cello on its side and got to the bathroom in time before I was sick, heaving with my nose clogged from tears.

When I slouched back into the studio, his cello had been put aside, too. He leaned back, and crossed his legs, pulled his wire glasses from the dents where they lived on his nose.

You could still hear, even after fifty years in this country, his German accent, which got a little stronger when he reminisced, or when he was feeling something very strongly, or when he spoke with his wife. He told me to pick up my cello and play an elegy I had mastered a long time ago, and was my favorite, and his voice was tired, and accented. It took me a long time for my hands to stop shaking so I could start, but then I did, and he told me to play it again, and somewhere in the middle, I remembered who I was and what I did and what I loved. He told me to put my cello away until the competition.

I still want to do things I don’t know if I can do. I still want to do difficult things, and expect myself to learn everything I can and have opinions. Practice and practice and practice. Some things I prepare to do for the world will be beautiful, and show the very best of me, and some things, no matter how much I prepare, will make me cry. The hardest thing I do, though, is to start. To try. To stop waiting for permission. To use the voice I thought I had already been given, but somewhere along the way, was told I didn’t have.

We often expect so much from girls, and girls learn to do hard things. They learn to use their voice, and are smart and funny and big. They express their opinions, are expressive and interested. They make things. They try things—identities, subjects, music, science, books. We don’t stop being those girls. We don’t stop. We are the girls we have always been. We are big, and inept, and professional, ignorant. Interesting and opinionated and practiced. We want to make things, and we want to try. We don’t know if we can do this.

8 Responses to Women (and Girls) and Music ~ Part Three